Can a smartphone designer reinvent the lorry? This page is part of the collection 'Reading Portfolio Assessment (2018, semester 1)'.

Can a smartphone designer reinvent the lorry?

Is there a worse citizen than the lorry? Loud and smoky, it rumbles over cobblestones, hogging lanes and destroying curbs, its great blocks of cargo piled at windscreen level like a deliveryman’s sword of Damocles. If we want to make our cities cleaner, less crowded, and generally more agreeable, the freight truck seems like the first vehicle to send to the scrapyard.
Denis Sverdlov, CEO of Charge, plans to disrupt the freight delivery market by disrupting city traffic a little bit less. Charge will produce boxy, beautiful electric freight vehicles sized from 3.5 tonnes to 26 tonnes, with a city-friendly range of 100 miles. The trucks will, once regulations catch up, be fully autonomous. “I really want to make a difference to people’s lives, and this technology at scale has the power to really create disruptive good,” he says.

From a factory in Oxfordshire, Charge will produce electric lorries for about the price of one of today’s noisy freight-hauling monsters. They promise a truck that is lightweight, pollution-free (caveat to follow), safe, and remarkably easy to assemble. The company claims that when Charge trucks become available in 2017, they’ll be manufactured in such a way that a single vehicle can be built by one worker in four hours. And that’s not just a fancy way of measuring assembly person-hours. They literally mean that one dude can put a truck together, alone, between Elevenses and High Tea.
The company points out that just 10 technicians over two shifts a day can assemble 10,000 trucks a year, though that seems to be waving away what must be an extensive manufacturing supply chain for the parts to be assembled. It’s not as if one makes a truck out of crepe paper and candy floss.
I really want to make a difference to people’s lives, and this technology at scale has the power to really create disruptive good.
Indeed, there is much hand-waving about this production model, and about the truck design itself. Questions about “composite materials” are answered with the statistic that the company has over 70 patents including some in aluminium composites. No details are currently available about basic assembly architecture, or about the size of proprietary batteries or motors, though there are some hints at modular construction which will allow the trucks to scale up from one to six motors as required by size and weight. (Could a freight company add a few more axles if Tuesday’s load is particularly heavy? If so, then we are truly living in the future.) One announced feature is a “dual mode,” which would use a small generator of indeterminate fuel to keep the battery charged, extending range to 500 miles and increasing emissions slightly. Charge will announce more details as it nears production.
Let us also say that the disruption of urban delivery routes isn’t uncharted entrepreneurial territory; dozens of other companies have latched onto it as a business model. There are cleaner delivery vehicles already operating around the world, powered with everything from compressed air to the muscular thighs of tricyclists.
There are strong indications that the disruption will come not from the trucks themselves, but rather from the programming that runs them. Sverdlov is also the creator of Roborace, a race series that will feature all-electric autonomous vehicles racing through city streets on Formula E courses. Teams will race physically identical cars, with competitive advantage coming through software alone. Those cars, by the way, will be manufactured by Kinetik, a company of which Mr Sverdlov is CEO. And Sverdlov made his reputation as creator of quirky dual-display YotaPhone, so he has a wealth of knowledge in both hi-tech manufacturing and communications infrastructures.
“The smart nature of our software-based trucks means the time spent on the road, path planning and operations will be significantly more efficient,” says Sverdlov. “This will alleviate congestion in our cities, and in the future when we have driverless technology there will be even greater benefits.”
“At Charge our long term vision is to redefine everything that moves with electric, driverless and connected technology,” says Sverdlov. “We started with trucks and buses because we see a huge opportunity to offer a product that many companies are asking for but just doesn’t exist until now.”
And until then, we’ll just sit on the curb, waiting for Charge trucks to deliver

Is there a worse citizen than the lorry?

it rumbles over cobblestones

the first vehicle to send to the scrapyard

From a factory in Oxfordshire

one of today’s noisy freight-hauling monsters

They promise a truck that is lightweight

and remarkably easy to assemble

they’ll be manufactured in such a way

And that’s not just a fancy way of measuring assembly

And that’s not just a fancy way of measuring assembly

Could a freight company add a few more axles if Tuesday’s load is particularly heavy?

Could a freight company add a few more axles if Tuesday’s load is particularly heavy?

so he has a wealth of knowledge 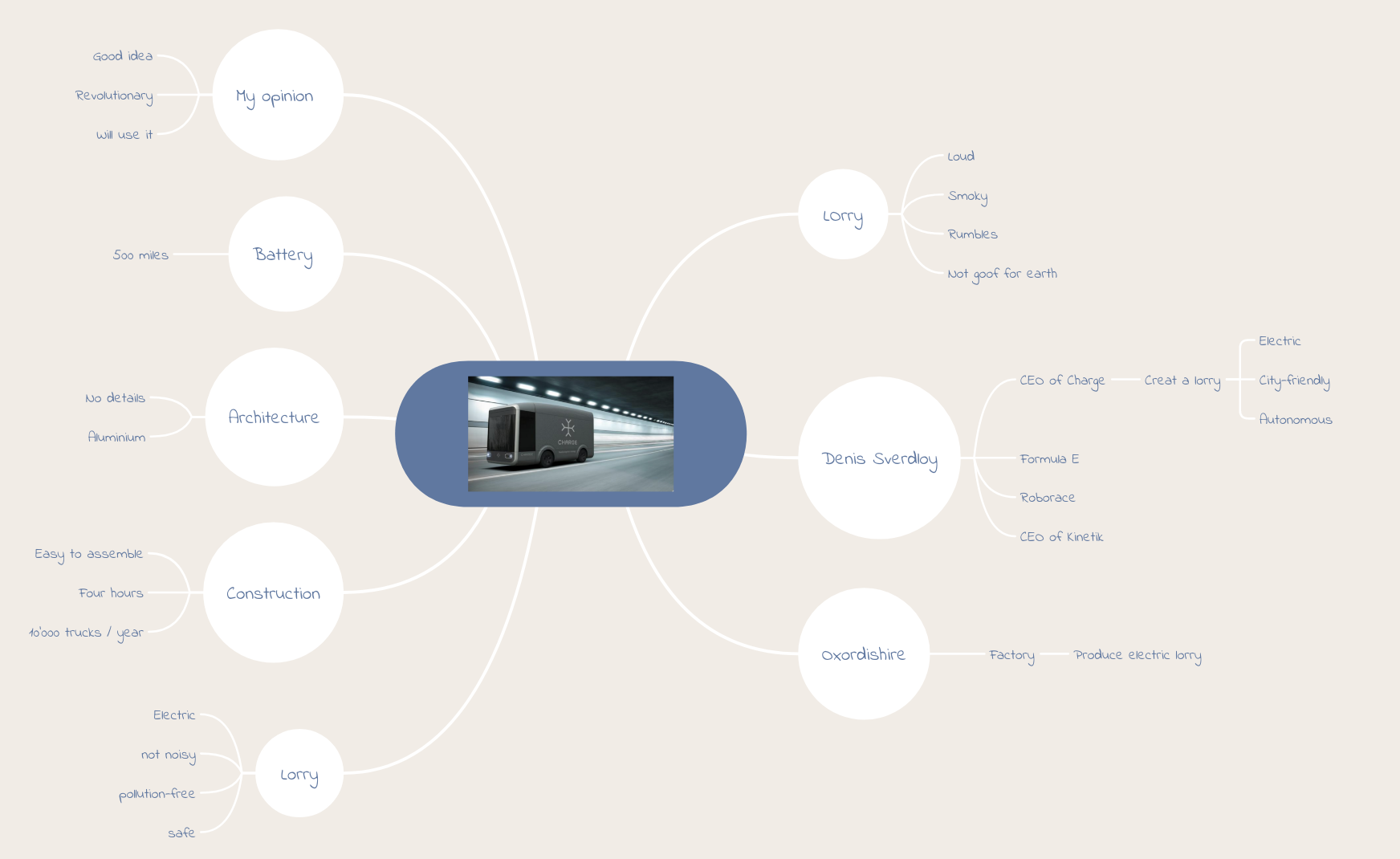